Games: 5 high-quality pinball machines will be cordoned off for “tournament only” play from the rest of the swap meet. Games available for tournament play will be AC/DC Premium, Avatar, Iron Man, CSI, and Nascar. (Games subject to change without notice)

Qualifying: Entry fee is $5 to play 3 games of your choice. Your scores will be logged for each of the 3 games with the top 30 scores for each game considered as a qualifying score. Should players choose, they can pay and enter another set of scores on any of the five available games although a player’s score will be calculated only using their three highest-scoring titles (of the five available). Only a player’s top score for each game title count towards their total score. Top thirty scores for each game will be given a point value to determine a player’s score. For example, if a player earns a 1st place score on a given game, they will get 30 points. If they earn a 2nd place score, they will get 29 points, 3rd=28, 4th=27, etc. Any points earned on other games will be added together for their total score. Only the 16 top-scoring players will advance to the bracket-style tournament being seeded appropriately by their scores.

Tournament: The top 16 players will advance in a double elimination bracketed tournament. We will be using the software “Brackelope” to run the tourney. Players will compete on one of the existing 5 tournament pin titles chosen at random draw using the “Brackelope” software.

WPPR Points: This tournament is officially sanctioned by the IFPA. Qalified players will earn WPPR points for their final placement in the tournament. 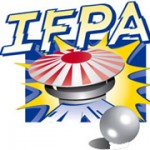 Prizes: 1/2 of all entry $$ recieved will be distributed among the top 5 players. The distribution prize money will be as follows:

Special thanks to Marco Specialties, Pinball Inc., Rottendog Amusements and PinballShirts.com who have generously donated prizes for the tournament. 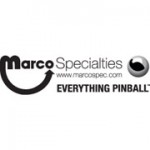 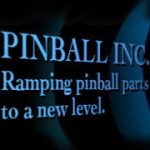 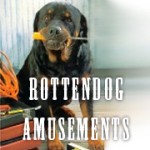 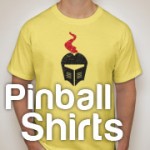 1/2 of all entry $$ received in combination with any additional donations will be donated to the Atlanta Community Food Bank where every dollar donated is equal to over $8 worth of food to a hungry family in the Atlanta area.

Rules:
1. The decisions and rulings of the tournament officials are final.

3. All games during qualifying are played as single-player 3-ball games.

4. If a game suffers a minor malfunction (stuck ball – see below) all attempts will be made to salvage the player’s game. If the game cannot be salvaged, the player will be allowed to replay the game at no charge.

8. Stuck Balls: If a ball becomes stuck on a game with an automatic plunger and an interlock, the ball is to return to the shooter lane. The player will then be permitted to close the coin door when they are ready for play to resume.

9. Disrupting another players game intentionally could result in disqualification without refund. Keep your distance and be mindful of others.

10. When you finish your game, write down your own score and have it verified by a tournament volunteer. If your score sheet is not verified, it will not be entered into the database. Recording your score is YOUR responsibility.

11. In the event of an unforeseen issue that ends a ball, a tournament official may rule to record the score and allow a 1-ball makeup game to be played to be added to the recorded score. However, it may be the officials ruling to simply replay the game.

12. This is a family event. Don’t be a jerk and watch your language and attitude, otherwise you will be asked to leave without a refund.

13. There may be a circumstance not covered in these rules. Southern-Fried Pinball Tournament directors reserve the right to address unforeseen problems on-the-fly. Again, all official’s decisions are final.

14. Qualifying is held from 10-2. Any unused tickets will not be refunded.

15. Should there be a tie between players when determining the finals brackets, a one-game tiebreaker game will be chosen at random.

16. These tournament machines are the personal property of members of the Atlanta Pinball League. Please respect them and be sure to thank the kind folks whose games you are playing. Without them, there would be no tournament.

Please register below if you would like to compete in this tournament. Fees will be paid at the event.

Tournament Registration $5.00 Fee to be paid at the event

We are sorry but registration for this event is now closed.